You can get antibiotics for UTIs online from Simple Online Doctors online doctor and pharmacy service. Our Australian registered service allows you to complete an online assessment which our Australian doctors review. If appropriate our doctors pass on a script to be dispensed at our partner pharmacy. From there we are able to express post your medicine right to your door.

If our doctors decide the medicine is not right for you or you require a further consult and urine test in person, you will be contacted and a full refund will be issued.

What's on this page? 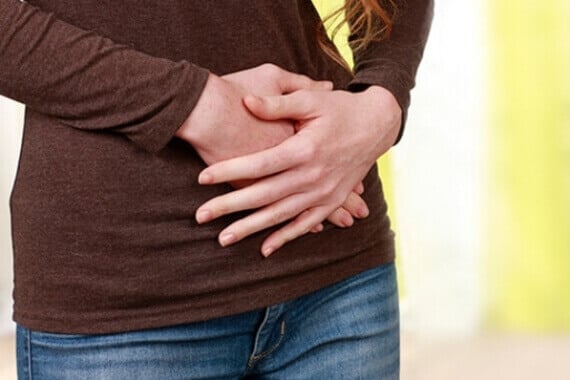 What is a UTI?

Up to 50% of women will experience a UTI in their lifetime while only about 5% of men will. A UTI can range from mild irritation in the lower urinary tract and bladder, often resolving on its own with the body’s immune system or with antibiotics, to life-threatening if it’s severe and spreads to the kidneys.

The symptoms of a UTI can vary from person to person. UTIs can share many symptoms with other infections and health conditions. It is important you seek medical advice and provide a detailed history when being diagnosed.

An upper urinary tract infection (pyelonephritis) affecting the kidneys is a serious medical problem that requires you to see a health professional as soon as possible.

Signs of an upper urinary tract infection are:

If you have any of these symptoms, present to your doctor straight away or if they are unavailable go to a hospital.

What causes a UTI?

A UTI is most often caused by bacteria entering the urinary system through the urethra and multiplying. The urinary tract is usually a bacteria-free environment and when bacteria enters the body begins an immune system response to try to remove the bacteria, causing inflammation and UTI symptoms.

The bacteria can come from a number of places and be of a variety of different types. The most frequent type of bacteria that causes bacterial cystitis is Escherichia coli (E.coli). This comes from a healthy digestive tract and is excreted with faeces. It makes up between 75-95% of UTI cases.

Another major bacteria that cause UTIs is Staphylococcus saphrophyticus which is also a part of the normal human bacteria. It makes up 5-10% of cases.

Diagnosis starts with answering a number of questions relating to the symptoms you are experiencing. This allows a doctor to rule out other potential infections and complications.

It is important that you provide as much information as possible to the diagnosing health professional before you get UTI treatment. Many conditions have similar symptoms but require significantly different treatment to a UTI.

For example, sexually transmitted infections such as chlamydia can very easily be misdiagnosed as a UTI as they may both cause pain on urination and increased urinary frequency but, chlamydia can cause discharge where a UTI usually will not. This is why it is important to be comprehensive when describing symptoms.

If diagnostic questions are not clear enough to make a diagnosis alone, a urine test can be taken. The urine sample is examined in a lab for bacteria which will identify if it is a bacterial infection as well as if the bacteria are resistant to any antibiotics.

If you experience recurrent UTIs, your doctor may consider investigating further with an ultrasound, CT, MRI scan, or small camera to see the urinary tract and bladder. These are uncommon and only used if absolutely necessary.

Most lower UTIs are bacterial and can be treated with oral antibiotics. If you have symptoms of an upper urinary tract infection, it is important you seek urgent treatment as they often require intravenous antibiotics and close monitoring.

If you still have symptoms after 48 hours of treatment, it is important that you refer back to your doctor so they can investigate further.

Please note we are unable to name specific medicines due to Australian law.

There are 3 common types of antibiotics that are used to treat uncomplicated lower UTIs. Each is used depending on whether the medicine is suitable for you and if there is any resistance to antibiotics in the bacteria infecting the urinary tract.

These antibiotics work by either preventing bacterial growth in the bladder, allowing the body to clear the infection or actively killing them. As with all antibiotics, it is important that you complete the full course prescribed by your doctor, even if you begin to feel better earlier. This prevents UTI bacteria from becoming resistant to antibiotics and prevents them from returning if not fully cleared.

Like all medicines, these treatments can have side effects but not everyone will experience them. The most common side effects for these UTI treatments are gastric upset, stomach upset, diarrhoea and headaches.

Over the counter UTI medication can be effective in relieving the uncomfortable symptoms of UTIs. Over the counter analgesics and non-steroidal anti-inflammatories (NSAIDs) can be used to assist in dealing with lower abdominal pain. NSAIDs, in particular, are useful as UTI pain is the result of inflammation. It is important that you only use these medicines if they are appropriate for you. NSAIDs may not be appropriate for people with certain medical conditions or on certain medicines. Consult your doctor or pharmacist if you are unsure.

Urinary Alkalinisers are used for relief from the burning sensation and pain when urinating. It is proposed these work by reducing the acidity of the urine. The scientific evidence on these medicines are mixed and their effectiveness has not been established. They can also interact with certain antibiotics for UTIs, so use them with caution and only under advice from a professional.

There are some further natural and alternative medicines for UTI treatment over the counter. Cranberry juice has long been speculated to help treat a UTI but the evidence is mixed. Some studies indicate it can help stop bacteria attaching to bladder walls however they are still unsure whether it is effective in preventing recurrent UTIs.

Vitamin C is another speculated natural treatment for UTIs. At the moment there is no clinical evidence that vitamin C is effective and it is not recommended at this stage.

Probiotic benefits for preventing UTIs has been investigated and the evidence suggests although it can produce other positive outcomes for general health, it did not find they reduced the risk of recurrent UTIs.

Implementing these techniques should help to reduce your chances of getting an infection or reduce the amount of irritation you experience when you have an infection.

How do you get a UTI?

How long does a UTI last?

Most UTIs will go away within 24 to 48 hours of treatment. It is always recommended to finish your full prescribed course of antibiotics regardless of if you begin to feel better.

Untreated UTIs can sometimes resolve on their own in under a week however, sometimes they will worsen and can spread to your kidneys causing back or side pain. If this happens seek medical attention immediately.

How to get rid of a UTI

Mild UTIs can sometimes resolve on their own, however, if the symptoms of a UTI are not improving within 48 hours it is recommended to seek antibiotic treatment from a doctor.

Will a UTI go away without antibiotics?

Mild UTIs can resolve without antibiotics however, it can be risky to not treat a confirmed UTI as it may worsen or spread to the kidneys. Consult a doctor about diagnosis and treatment if you suspect a UTI and follow their advice.